One of the key elements of Gothic fiction is the Old Dark House. From Shirley Jackson’s Hill House to Stephen King’s Overlook Hotel, these places have fascinated and frightened us for years. Such places always seem to possess a life of their own, the Genius Loci – or protective spirit of a place - of the classic Romans, but in the hands of Gothic writers this spirit always takes on the guise of something malignant and malevolent. Authors and readers return to these stories of diseased houses over and over, but they don’t really exist. Or do they?

When I was a boy growing up in Cincinnati, Ohio in the late 1960s, we had our own still functioning mental hospital known as Longview. It was a source of fascination and fear for grade schoolers, this gothic aberration briefly glimpsed behind ivy covered walls, accompanied by rumors that so-and-so’s mother was incarcerated there, and veiled threats that you yourself were just crazy enough to one day be committed.


In the late 19th Century these asylums for the insane sprouted like weeds from coast to coast. Perhaps the grandmother of them all, the Danvers State Mental Hospital some seventeen miles outside of Boston, Massachusetts, remains the quintessential American mad house, loony bin, booby hatch, insane asylum.

It was here that torturous therapies for the mentally ill were developed and perfected until these atrocities were being carried out en masse at state hospitals around the country: straitjackets, hydrotherapy baths, shock treatment, and what would become the standard operating procedure and magic cure-all for any number of psychiatric disorders, the prefrontal lobotomy. If this isn’t the stuff of Gothic nightmares, what is?

Built to accommodate approximately 500 patients, by the late 1930s and early 1940s the population increased to nearly 2,000, with rooms overcrowded and patients crammed into basements and attics. As more humane treatments were developed in the 1960s and with the onset of deinstitutionalization in the 1970s, the population at Danvers rapidly declined until it was eventually abandoned altogether and left to rot in the decay of memories of its own atrocities. It was demolished in 2006. In 2001, Ms. Danvers starred as the centerpiece of the masterful psychological horror film Session 9, to this day one of most truly creepy Gothic horror films I have ever seen. If you haven’t seen it and are reading this blog, get thee to thy nearest video rental service and watch it tonight. In the dark. 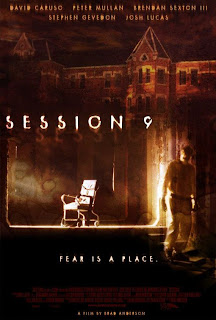 No writer of fiction could possibly have crafted the abominations that took place within the walls of Danvers and other state mental hospitals like it, but their legacy lives on providing fertile inspiration to those of us who delve into the dark recesses of the human mind. Silence lay steadily against the wood and stone of Hill House,
and whatever walked there, walked alone.
Shirley Jackson
Posted by Barrymore Tebbs at 1:50 PM 5 comments: 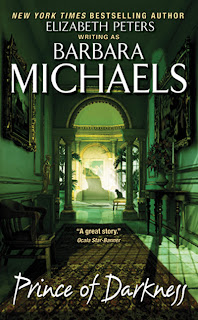 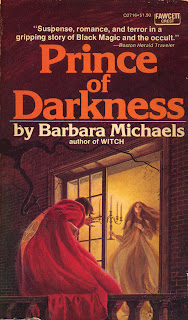 Every now and then you see a movie or read a book that so disturbs you that its ideas and images are burned into your brain for hours, if not days, afterwards. For me, this is often accompanied by a feeling of helplessness, not certain what to do next to exorcise the disturbance from my psyche. The film version of Daphne Du Maurier’s Don’t Look Now comes to mind.
Susan Hill’s 1983 novel The Woman in Black is just such a book. I finished reading it on a cold December afternoon while the light outside my window faded and a chill from the window fingered the back of my neck. And then I stood up, paced a bit, and put on every light in the house.
The Woman in Black is a straightforward ghost story whose power lies in its simplicity. A young solicitor travels to the most desolate corner of imaginable, to Eel Marsh House to clear the estate of the recently deceased Mrs. Drablow. Spending several nights alone in the house, Arthur Kipps is subjected to any number of manifestations, most notably the appearance of the titular woman dressed in black. Like all good ghost stories, the mystery hangs on some tragic occurrence in the not so distant past, and fans of the genre can mostly piece together this particular puzzle, but it is what happens after the denouement which will raise the shackles on even the most jaded reader of Gothic thrillers.
The Woman in Black is a short 164 pages in a newly reprinted American trade paperback edition, something that can be devoured in one or two sittings. This is one you won’t want to put down. After an awkward opening chapter, The Woman in Black kicks into high gear, offering little respite from the all encompassing dread that follows. Hill has a fine command of the language which keeps the heavy Gothic atmosphere from spilling over into parody, for atmosphere it has, in spades:
Then from somewhere, out of that howling darkness, a cry came to my ears, catapulting me back into the present and banishing all tranquility.
I listened hard. Nothing. The tumult of the wind, like a banshee, and the banging and rattling of the window in its old, ill-fitting frame. Then yes, again, a cry, that familiar cry of desperation and anguish, a cry for help from a child somewhere out on the marsh.
Do yourself a favor. Put down that bloated Anne Rice novel and read possibly the finest novel of Gothic horror since Shirley Jackson’s The Haunting of Hill House. And don’t forget to leave some extra lights on. 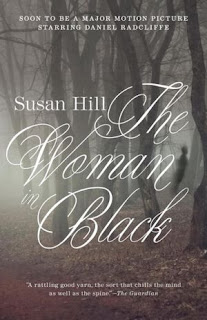 A Pentagram Is Born

During the recession of 2008, I found myself unemployed for seven months, and after I ran out of books to read I figured it was a good time to try, yet again, to write a novel. I stumbled on a few library books of the “outline your novel in 30 days” variety. Outlining? Wouldn’t that take all the fun out of the creative process? As it turns out it was just the kick in the head I needed to finally get the job done.
For the sake of experiment I thought I would construct a Gothic Romance. I started with an actress committed to a private mental hospital on the misty coast where a mysterious doctor conducted experiments with a suspicious hallucinogenic drug which ostensibly facilitated ease of dream recall and worked out the basic gist of the plot with most of its secrets and revelations in place. After I had a short synopsis / outline I reviewed it with a friend with an eye toward identifying plot holes and leaps of logic. She said, “Why don’t you set it in ?”
From then on, everything fell into place. The story quickly became a hybrid of two favorite genres, the Gothic Romance and the 70s Drive In B Horror Movie: the mysterious house on the cliffs overlooking the beaches at Malibu, two romantic interests, a good guy and a bad guy for our heroine to choose from, devil worshippers lurking around every corner, more occult trappings than you can shake a stick at, and enough blood to fill a bathtub. Choosing to set the story in 1968 helped me to flesh out the novel with period details, the clothes, the cars, the music, the slang, and the Hollywood setting worked well too with allusions to old Hollywood grandeur, character names derived from Alfred Hitchcock movies, and fictionalized references to well known actors and actresses of the era.
Anyone who struggles to become a published author these days knows what a long, difficult road it is. Three years and several revisions later, Night of the Pentagram has been unleashed upon the unsuspecting world as an independently published eBook, currently available for the Kindle though Amazon and the Nook through Barnesand Noble. Followers of The Midnight Room will likely enjoy this fast paced thriller, and if not, you probably know someone who does. So tell your Mom who used to watch Dark Shadows, your Dad who still listens to Black Sabbath, your kids who are into Twilight and True Blood, that weird chick you know who wears lots of black and may or may not be Goth, and that weird guy you work with who everyone suspects might be a serial killer. Spread the word. And if you do read it, please leave a short review on Amazon or B&N! 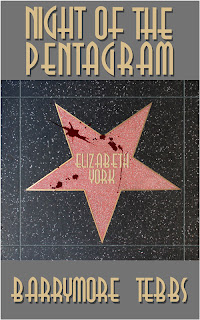 And yes I made the awesome cover myself.
Posted by Barrymore Tebbs at 6:42 PM 1 comment: