When the Autumn Moon is Bright: The Tragedy of Lawrence Talbot

Like a lot of horror fans of my generation, one of my earliest exposures to Gothic Horror was through the classic Universal monster films. For kids growing up in the 1960s, the monsters were readily available on Saturday afternoon TV shows and were routinely trotted out for double and triple features at local theaters and drive-ins at Halloween. We went to the movies, waited impatiently for them to show up on horror shows on TV, bought Famous Monsters of Filmland magazine, and assembled model kits. 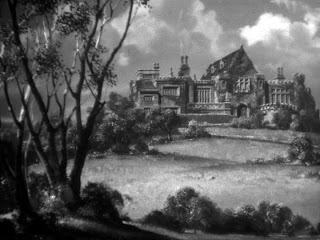 Today, it’s easy to see the allure of these old movies. The wizardry of combining studio sets and matte paintings was revolutionary in the 1930s, the stories mesmerizing in their power of suggestion, and the actors, Bela Lugosi, Boris Karloff, and others, delivered some of the best performances ever committed to film. To me, Karloff’s Frankenstein’s Monster compares to Brando’s Don Corleon as one of the greatest performances of the 20th Century. 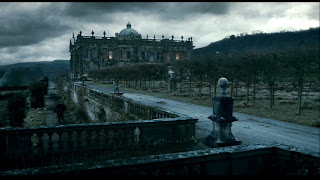 I can’t say the same for Lon Chaney, Jr. His name is as well known as those of Lugosi and Karloff, but his acting is clumsy and awkward. Which is exactly what makes his reading of Larry Talbot so poignant. Larry Talbot is the 1940s equivalent of the All American Guy. He is Everyman, horror filmdom’s Henry Fonda. He’s a loveable schmuck who snitched apples when he was a kid, is handy with tools, and a snappy dresser. Girls go crazy for a sharp dressed man, and in The Wolf Man (1941), Talbot gets not one, but two… the alluring Gwen Conliff and her good-times gal pal Jenny Williams. 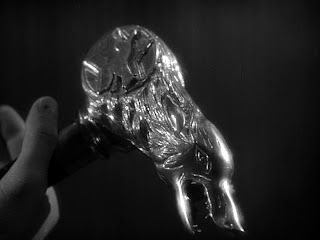 If Chaney was a second rate actor, what makes The Wolf Man my all time top favorite of the Universal Monsters franchise? Bela Lugosi’s Dracula is at once dreadfully seductive and horrifying in his ruthless desire for human blood. Karloff’s Monster is an unloved child with an abnormal brain. He has no sense of right or wrong. When it is time to kill, he kills without remorse. But what happens to Larry Talbot could happen to anybody. His tragedy is as much bad luck as is being struck down by cancer or being killed by a drunk driver. And who better to represent this sort of hapless victim of circumstances than a loveable lug, a bumbling, happy-go-lucky Everyman? 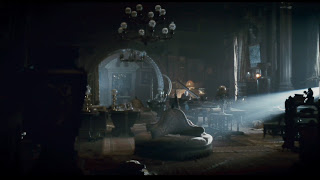 While Universal’s The Wolfman (2010) remake scores high on the Gothic Eye Candy scale, the character as written, and Benicio  del Toro’s lifeless performance of Larry Talbot, are one of the movie’s many shortcomings. The script is more or less the same with a bit of visceral updating, but here Talbot has more of a cynical edge, as is evident in the opening scenes showing Talbot backstage after a performance of Hamlet. (Here he is an actor, not a mechanic who works on astronomy equipment.) It’s well documented that del Toro is a huge fan of the original film and was eager to play the part, which leaves me curious why he would turn in such an uninspired performance. 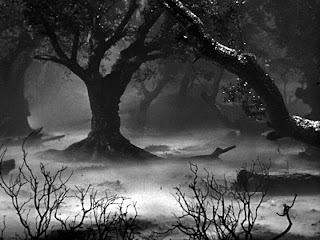 I enjoy watching the 2010 remake. It’s not uncommon for me to watch both films back to back. While the early version presents a more precise story and is single handedly responsible for creating a specific mythology that carries on in werewolf stories to this day, the remake excels on the production values, from the location shots of Chatsworh House standing in for Talbot Hall, to the misty woods and the Victorian interiors bathed in dusty shafts of filtered sunlight. Some days I can’t get enough eye-candy, and both movies deliver in spades.

The good news is that, while the 2010 version under performed (with good reason) at the box office, Universal realized they were onto something, and in 2011 announced that they would reboot the story, meaning they would return to the 1941 source film rather than create a direct sequel to the 2010 film.

I don’t know about you, but I can’t resist returning to the misty, gypsy infested forests surrounding the Talbot estate… especially when the autumn moon is bright.

Posted by Barrymore Tebbs at 10:11 AM