In Search of the Psychological Gothic

Earlier this year when I started self-publishing my writing in eBook form, another writer encouraged me to come up with a moniker or other identity for myself and my writing. I landed on the term Psychological Gothic which seemed to fit what I try to accomplish in my stories. My four published and one forthcoming work are all stepped in Gothic atmosphere, all with an Old Dark House as a central character in the stories. In terms of structure and characters my stories are psychological thrillers.

I doubt that I'm the first person who put this combination of words together, so I have scoured the internet in hopes of finding some reference to the term. The only thing I have been able to find is a write-up on a low budget independent thriller from 2008 in which the reviewer stated the movie combined the psychological thriller with Gothic horror. That can apply to any number of books and movies. Why not come right out and use two words instead of four? 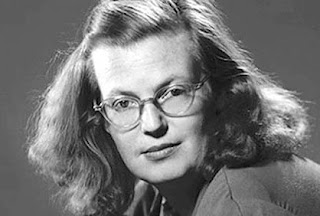 The obvious Psychological Gothics would be Turn of the Screw and a trio of Shirley Jackson novels, The Sundial, We Have Always Live in the Castle, and The Haunting of Hill House. Turn of the Screw and The Haunting at Hill House share a few things in common. They are each ghost / haunted house stories that have captivated the public’s imagination for years. They also have a deeply disturbed heroine and, film versions aside, the novels leave the story open for interpretation. Are Eleanor Vance and The Governess actually experiencing paranormal manifestations, or are they simply mad? This is no easy feat to pull off, which is another reason why these literary works have endured as long as they have.

Not being overtly horror novels, The Sundial and We Have Always Lived in the Castle are not as widely read and revered as The Haunting of Hill House, I would still suggest that all three are Psychological Gothics. The Sundial features a family of crazies holed up in a brooding old house waiting for the end of the world, while We Have Always Lived in the Castle is a mesmerizing portrait of a criminal mind told from that mind’s (as unreliable narrator) point of view. In all three of these books the reader encounters ’s themes of agoraphobia, a psychological ailment which the author herself suffered.

I propose that a number of novels from the second half of the twentieth century which were labeled horror at the time of publication are really Psychological Gothics. Today we tend to refer to them as “quiet horror.” Thomas Tryon’s classic, The Other, and even Rosemary’s Baby with the Bramford standing in for the Old Dark House and Rosemary’s increasing sense of paranoia, are solid examples of Psychological Gothics. Even the classic romantic suspense novel, Rebecca, places more emphasis on the psychology of its characters than did the hundreds of Gothic Romance imitators which followed in its wake. One needs only to read any number of Daphne Du Maurier’s other novels to come to the conclusion that she was writing psychological thrillers. 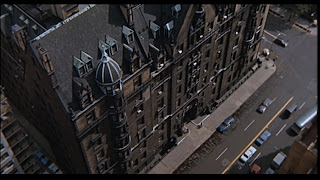 Psychological Gothic is more proliferate in the movies: Session 9, Dark Water, The Others, even Whatever Happened to Baby Jane? and the Hitchcock films Psycho and Vertigo fit neatly into this category.

Today, there are a few writers of crime/psychological thrillers who are edging into Gothic territory. The Irish writer, John Connolly, whose private eye, Charlie Parker, is haunted by ghosts and other supernatural manifestations in such relentlessly dark novels as Every Dead Thing, The Unquiet, and The Killing Kind is often compared to Stephen King, if for no other reasons than that parts of his series are set in the backwoods of Maine, and there are bona fide supernatural occurrences in the stories. Connolly writes in a typical American noir/hard boiled style and his ghosts are never exploitive, something which makes the events in his novels that much more chilling.

A few years before the movie came out I stumbled on Dennis Lehane’s . Browsing the reviews on GoodReads, a number of readers panned it for its melodrama, “trick ending”, and “horror movie trappings.” What was clear to me and what many readers either can’t accept or just don’t want to stomach, was that this book is a richly layered Gothic thriller. That is what Lehane set out to write and he pulled it off brilliantly. Teddy Daniels steps into the Old Dark House (Ashcliffe asylum) in the midst of an over-the-top Gothic storm (the hurricane) in search of a monster (an escaped lunatic)… ultimately confronting his own demons. If this is not a Psychological Gothic, I don’t know what is.

Because I really enjoy this sort of thing, I’m still searching. The titles I’ve mentioned here are the obvious choices, but I know there are others. I’ll find them. If you have titles to add to the genre, drop me a line. We’ll make a list on Amazon or GoodReads. I’m always looking for unique titles in both fiction and film to review and promote here. And if you are surfing the interwebs and find reason to throw the term at someone, be my guest. I haven’t trademarked it yet. 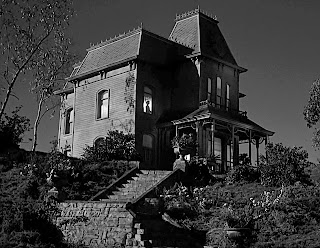 Posted by Barrymore Tebbs at 6:11 AM

Email ThisBlogThis!Share to TwitterShare to FacebookShare to Pinterest
Labels: Psycho, Psychological Gothic, Rebecca, Rosemary's Baby, Shirley Jackson, Shutter Island, The Haunting of Hill House, The Other, The Others, The Sundial, Vertigo, We Have Always Lived in the Castle