Bridging my mini-series on ghosts at the movies with a mini-series on Italian Gothic Cinema comes Mario Bava's bizarre bit of S&M Gothic, Whip and the Body. Barbara Steele turned down the role of Nevenka, here played by the stunningly beautiful Israeli actress Dahlia Lavi. Nevenka has recently married Christian Menliff, but as the story opens, Christian’s brother, Kurt, played by the menacing Christopher Lee, returns to the family homestead and picks up where he left off with lovely Nevenka, namely a sadistic relationship where Kurt loves to wield the whip as much as Nevenka loves to be on the receiving end of it. 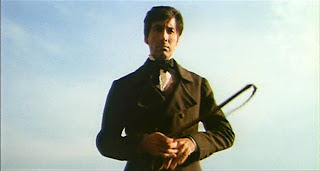 Kurt’s return throws the entire castle into turmoil. Everyone has a bone to pick with Kurt in one way or another, so it comes as no surprised that Kurt is stabbed to death in the shadows at the climax of Act One. 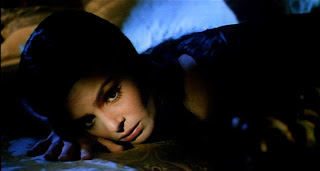 Kurt’s death introduces the core of the film: a long, hallucinatory sequence in which Nevenka imagines Kurt has returned from the grave. One of my favorite moments of the film is when Nevenka is summoned from her bed by the sound of a whip cracking in the night and follows it through the dusky corridors of the castle. 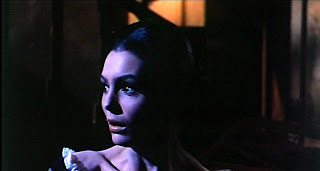 During the final act, the story by Ernesto Gastaldi, Ugo Guerra, and Luciano Martino pulls out the red herrings left and right. As mentioned earlier, any number of characters in the tale had motive to kill Kurt. We are even led to believe that Kurt is not really dead. The final denouement of the film is a revelation of terrible beauty. 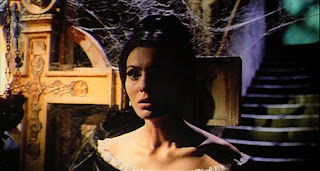 Whip and the Body is presented in a full restored and uncensored European version (in English) from VCI Home Video. The colors are eye-popping. I would not recommend the movie be watched while under the influence of certain consciousness expanding drugs. The DVD package also includes a booklet and commentary track by Tim Lucas, one of the finest scholars of mid-century horror films around.