Every few years, our favorite literary and cinematic icons pop up in new film incarnations, be it Sherlock Holmes, James Bond, or my personal favorite, Count Dracula. (Well, I am a huge Sherlock Holmes fan, especially when he arrives at Baskerville Hall, but that’s a story for another day.)

In 2006, the BBC took blond pretty boy, Marc Warren, put him in a wig that made him look like Jack White on a bad hair day, and tweaked the story we know and love into something… different.

I have my reservations about the casting of Marc Warren (although I love a pretty boy as much as the next guy). Seeing Warren’s Dracula mope around like an over-the-hill Emo boy  on the cliffs overlooking Whitby Harbor makes me giggle every time. But his appearance has the desired effect on Lucy Holmwood. She gets all hot and bothered and invites him back to dinner, much to the chagrin of her new hubby, Arthur. 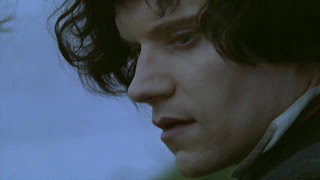 But I’m getting ahead of the story. Arthur, you see, is the anti-hero in this one. Dracula himself takes a backseat to the rivalry between Lord Arthur Holmwood and Lucy’s other suitor, Dr. John Seward. Ten minutes into the movie (and this is no plot spoiler) we learn that Arthur’s father is a syphilitic madman kept chained in his Gothic manor house and that our bridegroom-to-be has contracted the fatal disease as well. 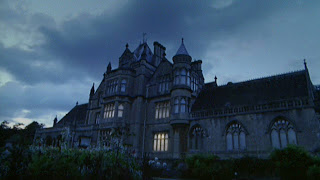 Here’s where my friend, Michelle, threw up her hands in despair and cried, “BS!” You might, too, if you’re a purist and would rather not subject yourself to literary reinvention.

But if you are able to set aside the Dracula tropes, the bats and the wolves, the graveyards and coffins, the capes and the fangs, the vampirism of the story can be read as a parable about Victorian fears of sexually transmitted disease. It spreads from victim to victim and brings about a rapid deterioration in both physical and moral health. The metaphor is clear. 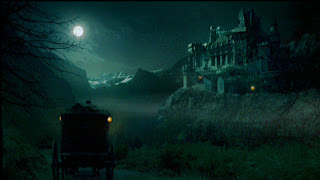 In an attempt to cure himself of the Frenchman’s Disease, Arthur falls in with a group of devil worshippers who offer to cleanse him of the disease. Here’s where Dracula, and a lot of blood, black robes, inverted crosses, and Tarot cards, comes in – big points for quasi-satanic hooey.

Downton Abbey’s Dan Stevens plays Arthur as a desperate man driven by his obsession to rid himself of the disease and consummate the marriage. Tom Burke as his friend-turned-rival, John Seward, is equally strong in his role as the jilted lover who champions Lucy to the grave and beyond. If there is a true Byron hero in Dracula, this is it. Take a look at that face; handsome, sad, bitter, and scarred for life. 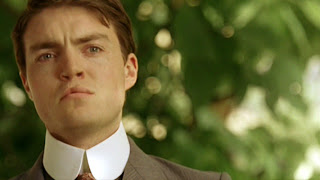 It is this subplot and these actors’ performance which brings me back to Dracula for repeated viewings. But some things in the movie work for me while others don’t. I miss Renfield. I can’t quite embrace David Suchet’s Van Helsing which may have more to do with the way the character is written than the way the actor plays the part. Sophia Myles’ Lucy is a modern, assertive woman which is a refreshing change, but Stephanie Leonidas’ Mina is the weakest character in the script, and by weak I mean ineffectual. And for the character of Mina, this is wrong.

Overall, Dracula lives up to the BBC’s and Masterpiece Theatre’s perennially high standard, and since the movie is readily available in most streaming formats for home viewing, worth a look. You might find another classic Dracula to add to your collection. 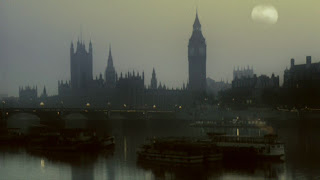 Posted by Barrymore Tebbs at 12:27 PM

Email ThisBlogThis!Share to TwitterShare to FacebookShare to Pinterest
Labels: Dracula